Ok, who loves cleaning all day long? If you answered “I do, I do!” then put down your phone or tablet and grab a sponge. If you’re like me, and you love a clean house, but would rather be doing something else, this might be helpful.

I do not have a maid service or laundry service. I’m betting you don’t either. Even if you can make room in your budget, you’re still spending money on that instead of something fun. But, we only have a limited amount of time on the planet, and time is money too. So, what can you do? For me, the answer is this: I try to be efficient. Being an only child, I got first dibs on money for doing chores when I was little. But, like other kids, I wanted to spend my time goofing around. So, I’d hang around most of the day, and an hour before my mom got home I’d zoom around and clean the whole house. Now, my mom would probably question the quality of my work; but now that it’s my own house, I have a bit more incentive to do a better job.

How to Clean Your House Quickly – According to Frankie

Now, every evening, take 5-10 minutes to pick up all the tidbits that are not where they need to be. Run the dishwasher, wipe the counters. If you do this, then you might find that you have more time on the weekends to do…well, things that are more fun!

Do you have leftover bakery sub rolls? We did. This, according to Randy, is a great use for them. Quick french bread pizza. I agree!

4 bakery sub rolls, sliced in half

1 jar of pizza or spaghetti sauce, whichever you have

Set oven to broil. Arrange rolls on a cookie sheet, sliced side up. Place in oven 5 minutes or until lightly browned. Remove from oven. Spread sauce evenly over rolls. Sprinkle cheese over sauce. Arrange t0ppings as you wish (feel free to add or remove per your liking. Onion, bacon and green olive make for a great pizza). Broil pizzas for 7 minutes or until cheese is bubbly. 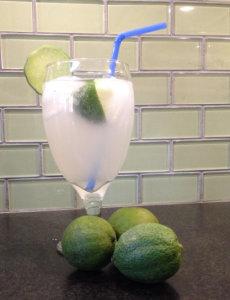 Paloma, according to Frankie

Refreshing adult beverage time! This is a family favorite, brought to us by family friends in Mexico. I’ve changed the recipe slightly but I’ll share the original as well.

Paloma, According to Frankie

1 can Fresca lemon-lime soda (that’s the Frankie part. According to Sandra and the rest of the family, use Squirt soda. But what do they know!)

Fill glass halfway with crushed ice. Add the Tequila. Squeeze lime juice into the cup then drop the lime in. Bruise the Tequila (that means to take the glass between both hands and twist the glass around until the contents of the glass becomes really cold). Add the soda.  Poke the drink around with a straw and add the straw. Add a slice of lime for decoration. Enjoy! 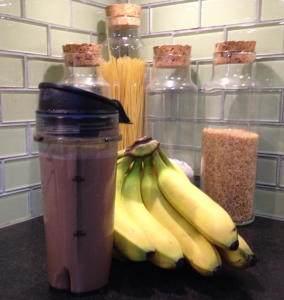 Did you get a Ninja for Christmas with the single-serve cups? No? Have a bullet? No? Well, just use your regular blender. This is really good. I have this for breakfast most mornings, it’s my favorite.

1 banana, peeled and cut into 1″ pieces

12 ice cubes, or whatever fits in the cup

In your Ninja or Bullet single serve cup, or your blender jar, add banana and ice cubes. Pour almond milk over the cubes. Sprinkle Nestle Quick Powder over the top. Put the lid on the cup or blender jar and blend on high speed for 30-45 seconds. Makes about 20-oz. serving size. Yum. 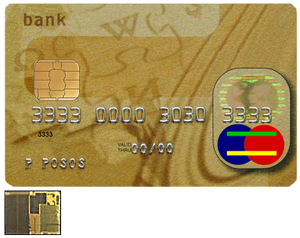 *Warning: Try this ONLY if you have good self control with credit cards. As a matter of fact, count how many times I refer to self control in this article.

Ok, so you’ve paid off all your credit card debt with the instructions in Pay Off Those Credit Cards! and now you’re not sure how your money can work for you. Is your credit better? Do you have AWESOME self control now? If you answered no to either of these questions, then leave now and DO NOT finish reading this post. If you answered yes to both questions, then read on.

Let’s talk about debit cards. Debit cards are distributed by banks and allow you access to your money via ATM machines, usually with no charge at machines on your network, and double-charged by your bank and other banks at off-network ATMs. They also allow you to complete purchases at point-of-sale locations like grocery stores, department stores and gas stations, etc. What they don’t do is make you any money or earn you any rewards.

Now, let’s discuss credit cards. I know, if you just got out of serious debt, credit cards are the last thing you want to talk about. And if you’re not comfortable, stick with debit cards. But if you have good self control and can pay your balance in full before the end of the month, you can get more mileage out of your credit cards while improving your credit score and take advantage of rewards cards perks as well. Here’s how. Again, please only try this if you have really good self control.

I can’t stress enough that the balance on the card needs to be paid in full every payday. This really is the best way to ensure that you’re not over budget. And look at your credit card statement before you check the balance in your checking account. That way, you can’t be fooled into thinking you have more money than you do. Remember, only try this if you fully trust yourself to pay your card off every payday. Bon Voyage!

Got some credit card debt? Want to pay it off? I can tell you how. It’s easier than it seems, and as long as you can afford to pay more than the minimum payment every month, you can get it done. Here’s how:

This might seem restrictive, like going on a diet or giving up your favorite hobby, but once that first card is paid off, the sense of accomplishment can lead you to want to pay off more and more cards. If you find that you need more information than these quick tips, I recommend checking out Clark Howard or Suze Orman for more information.

Looked in your closet lately? Want to wear that striped skirt but have nothing to wear it with? And why do you have 5 pair of brown shoes but mostly black clothes? That happens to me. It seems that with every season change some goblin has come and stolen half of the pieces I thought I remembered having. Since seasons are changing now, I thought I’d share these 7 steps to efficiently updating your wardrobe.

8 Steps to Efficiently Updating Your Wardrobe

Following these steps can help ensure you don’t waste money buying duplicate items or items that don’t complete the look you’re going for. Also, it helps you use pieces currently in your closet to create new looks. Happy Shopping! 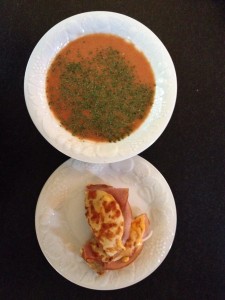 Running late? Got hungry kids? Here’s a quick recipe that’s healthier than take-out and easy on the budget. According to Randy, here’s how you make oven toasted ham n’ cheese sandwiches. They are good! 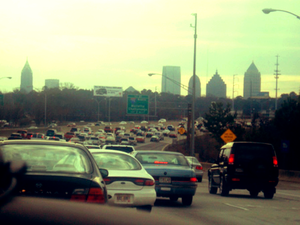 My commute for the past four years has been at least an hour each way. Some days, it can honestly be two hours if traffic is terrible. Prior to that, I lived in Oklahoma and it took about 30 minutes to get everywhere in town, no matter where you were coming from or where you were going. But here in Atlanta, you should just settle in.

For the first year or more, I decided that radio stations were the way to go, as had always been the case for me. But I quickly learned that the bigger city of Atlanta did not translate to more music I wanted to listen to. It mostly translated to, in my opinion, more of the same. After a while I tried talk radio. And that worked for a while. I found I was getting some new information; however the information I was getting was only occasionally on a topic I was interesting in learning more about. Then, I thought I’d try satellite radio. For a few weeks it was a blast listening to old tunes from the 80’s and 90’s; however, as the days went on, I found myself bored yet again. Then, after chatting with a colleague, I came to realize that audiobooks were a possibility. Ten or more years ago, I happened upon a radio broadcast on a cross-country trip where an audioplay was being broadcast. I remember being drawn in by that experience, and feeling almost exactly like you feel when you curl up with a good book. Now, I can’t tell you the last time I had a chance to curl up with a good book. Not with twin preschoolers at home! So, I decided audiobooks might be interesting for me.

So, I started investigating options for audiobooks. Here’s what I found:

So far, between Audible and the library, I’ve read more than 60 books in the past 12 months! I know, that sounds crazy. But between elliptical time and commute time, it seems to fly by. And I’ve found that I can get by with one audible book per month and supplement with the library. That says quite a bit about the lending selection, because I only check out the nonfiction titles, and in my experience those are typically more limited than the fiction book selection.

I haven’t checked out other options, but it seems that these two can get you pretty far. If you have a long commute on the train or in your car, consider audiobooks. I feel smarter this year than I did last year, and I’m rarely frustrated by my commute anymore. It’s sort of like free college, without the tests!